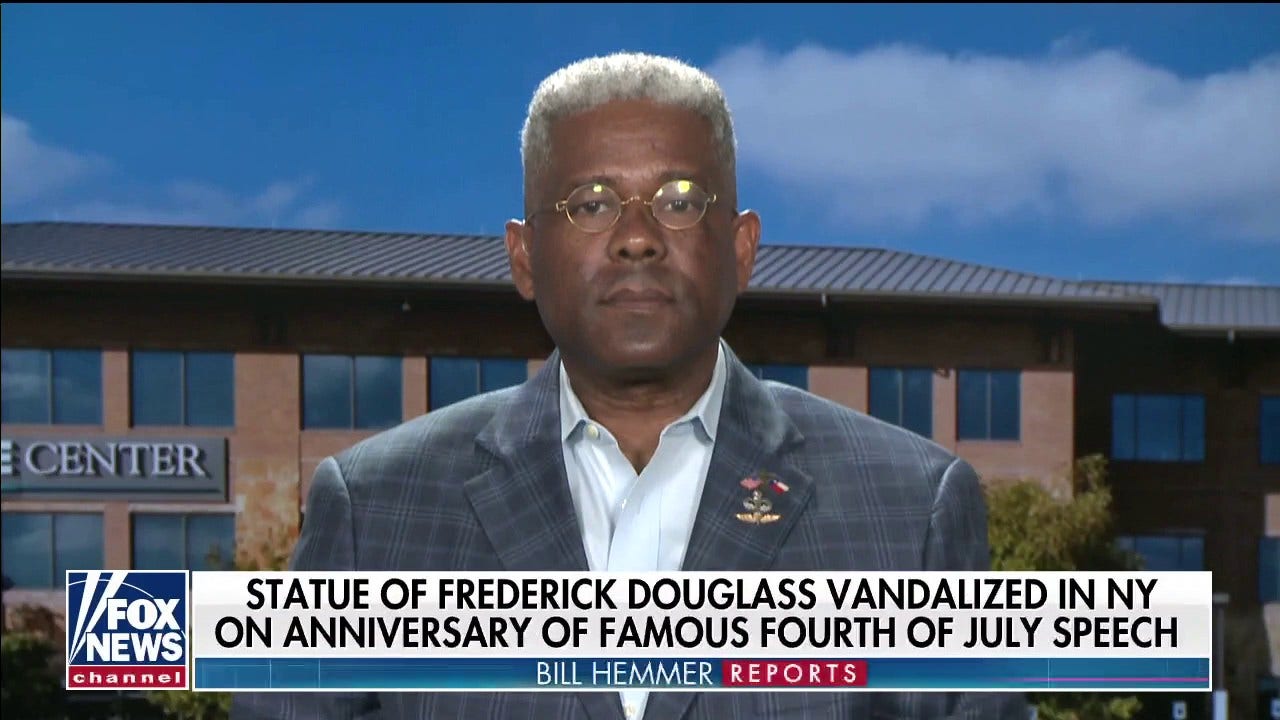 West told “Bill Hemmer Reports” on Monday that the attack on Douglass shows the protesters don’t have any grasp of American history or even what their objective is. He praised Douglass as a genuine leader of the civil rights movement, having advised President Lincoln and lobbied for the explanation for abolition.

West also blamed their state of American public education as part of the reason the protesters appear to be so ignorant.

“Once upon a time we did teach history, and we did teach civics, and then it was replaced by this thing called social studies, which is just whatever cultural or ideological agenda is prevalent in the day,” that he said.

“But you consider [it], you tore down the statue of a man who was once a slave [and] who became one of the great political influencers and figures in the United States of America and adviser to President Abraham Lincoln. [Douglass was] the reason why we’d the Emancipation Proclamation and the reason we’d the first Black soldiers to serve in uniform — the 54th Massachusetts Regiment — that tells me that individuals have a generation, this cancel culture generation that’s ignorant of our own history and they are going out and pursuing a goal and objective that they don’t really understand.”

West noted that protesters have also to date vandalized a Boston memorial to the 54th Massachusetts regiment — the story of which was chronicled in the 1989 Matthew Broderick/Denzel Washington film “Glory.”

West, who penned a Fox News Opinion piece on this is of Independence Day, said he discards the protesters’ declare that America is just a malevolent country, mentioning his upbringing in then-segregated Atlanta.

“When I think about [President Trump’s] message over the week-end I reflect straight back on my own life … In 1971 I came to be in a blacks-only hospital. I was raised in the Old Fourth Ward neighbor hood that produced Martin Luther King and the civil rights movement,” that he said.

“My dad fought for this great nation at a time when it did not provide him with the rights and privileges as it did for the others. He conducted [German] National Socialism and Italian fascism… I think that’s what we should be talking about, what exactly that make us unique, and the quality of what makes us unique and not this cancel culture who’s going out and destroying the statue of Frederick Douglass.”

West told host Bill Hemmer the “mob” won’t ever be satisfied nor reach a point where they stop the public acts of defiance. He compared the protesters to the children who “throw a tantrum” in the supermarket that they did not have an item they wanted — then complain more once they have the product since they haven’t gotten enough of it.

“It never ends because you cannot appease the mob. You can’t compromise with them and you can’t come to any rational solution,” that he said.