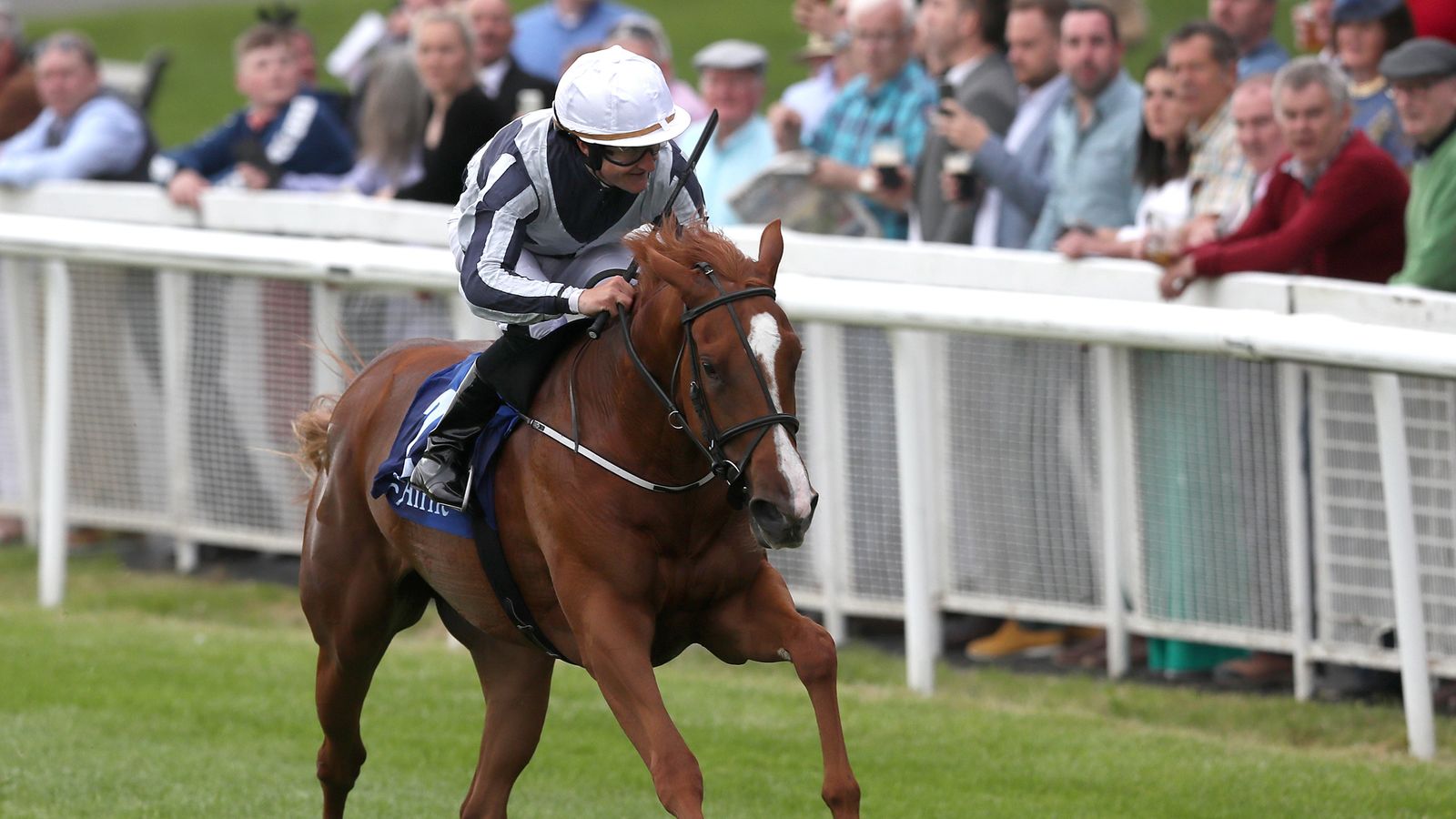 Jessica Harrington’s charge won the Prix Marcel Boussac on her behalf penultimate start last term and was last seen when finishing a creditable fourth at the Breeders’ Cup meeting.

Harrington, who has been in fine form since racing resumed, also runs Valeria Messalina, who finished second in the Oh So Sharp Stakes on her final outing in 2019.

Aidan O’Brien lifted the 1000 Guineas at Newmarket last Sunday and he runs both Peaceful and So Wonderful, with the latter having finished third to stablemate Love at the end of last year.

O’Brien’s sons Donnacha and Joseph also saddle runners in the mile heat, with Donnacha’s Fancy Blue prominent available in the market after winning both her starts for Aidan in 2019.

Joseph O’Brien sends out Brook On Fifth, who ran at Leopardstown on Tuesday, and Group Three winner New York Girl.

Dermot Weld sends out Katiba, 1 of 2 runners for owner the Aga Khan along with Michael Halford’s Ridenza, winner of her only start last term.