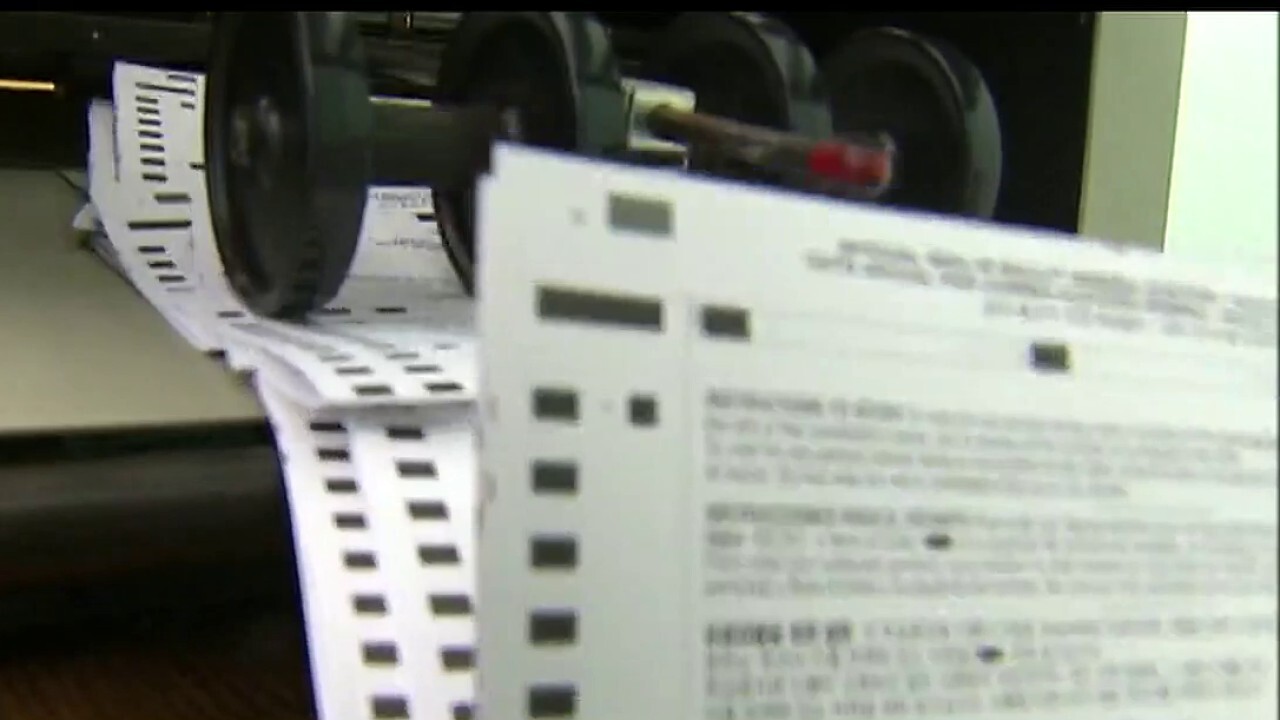 In stark contrast to the false claims of widespread voter suppression, Republican secretaries of state are breaking records in increased voter registration in states across the country. Alabama alone has registered 1,536,778 new voters since Jan. 19, 2015 — an archive high for the state — and now posseses an unprecedented state record of 3,602,951 registered voters. In spite of having the toughest voter ID law in the nation, that has already encountered significant judicial scrutiny in multiple lawsuits, Alabama has broken every record for voter participation in the past five elections.

Our states are seeing historic highs in both early voting and over all voting turnout. Even Democratic activists like Stacey Abrams concede that leaders like Kentucky Secretary of State Michael Adams have done their job; in January, Kentucky broke the record for the total number of registered voters in the commonwealth.

We are seeing unprecedented levels of election turnout in states like Georgia, Kentucky, Michigan and Virginia, to name several. It’s simple logic — record-high voter registration numbers and expanded access to early and absentee voting means voter suppression claims are nothing more than talking points, perhaps not supported by facts or experience.

Democrats continue steadily to spread falsehoods about a national conspiracy to disenfranchise voters. In order for their claim to be remotely true, the secretaries of state, governors and other elected officials they blame would have to be directly responsible for administering those elections. In reality, local officials are often those tasked with overseeing these elections.

Local Democrats are the ones administering elections in many or even most of the consistent areas of question. It is an abject failure of Democrats to properly perform an election in places like Fulton County, Ga., and Louisville, Ky.

Democrats cry foul when federal law requires maintenance of voter rolls, and so they refuse to follow the law themselves. The National Voter Registration Act (NVRA) of 1993, signed in to law by President Bill Clinton, requires states to keep current and accurate voter rolls, sporadically reviewing the list and removing folks who are ineligible to vote.

Los Angeles County refused to conform to federal regulations and didn’t cull their voter apply for 20 years. It took a lawsuit in 2017 and a subsequent settlement for the Democrat-led county to follow regulations.

In 2018, Kentucky Democratic Secretary of State Alison Lundergan Grimes was sued by the U.S. attorney general for a similar failure to maintain accurate and current voter registration rolls. This lawsuit also ended in a settlement that required the Democratic secretary of state to create a general program of statewide voter list maintenance that makes an acceptable effort to eliminate registrants who’ve become ineligible.

Democrats spread disinformation and weaponize emotion by recklessly hyping racial tensions and ignoring facts. History and legal precedent, in fact, show that Democrats, not Republicans, are the ones who will not play by the rules, leaving voters paying the price for this at the polls.

Republican secretaries of state and responsible leaders nationwide share one common goal: ensure integrity and credibility in our elections, thus restoring confidence in the electoral process for several voters regardless of party.

While Democrats are pushing disinformation, Republicans are implementing commonsense policies that protect our democracy and preserve constitutional rights.

True to their party’s values, Democrats are recklessly promoting cynical ploys over facts and conspiracy over truth. It’s time for the Democratic Party to show leadership over lawlessness and take away the burden of doubt they’ve single-handedly instilled in election integrity in America. We challenge Democrats and liberal activists to become listed on us within our mission to produce it simpler to vote and harder to cheat.